Caption.Ed levels the playing field for thousands of learners with brand new features

Caption.Ed levels the playing field for thousands of learners with brand new features

Caption Any Media. Any Application.

Caption.Ed provides instant and on-demand captions for virtually all live or pre-recorded media. Our software is quick and easy to use. Simply press ‘Start Captioning’ before playing your media and your captions will automatically appear on your screen. No delays, timing issues or lengthy setup. Just instant captions.

Caption.Ed is powered by industry-leading speech to text technology to provide you with highly accurate captions. Fully customisable and available in languages including English, Spanish, Italian and simplified Chinese and customisable to specific subjects being discussed.

Caption.Ed provides a fully editable and downloadable transcript for any media you have been captioning. You save hours of manual typing time – and make studying and working even more effective for your viewers.

Caption.Ed 2.0 is launching next month – keep an eye out! 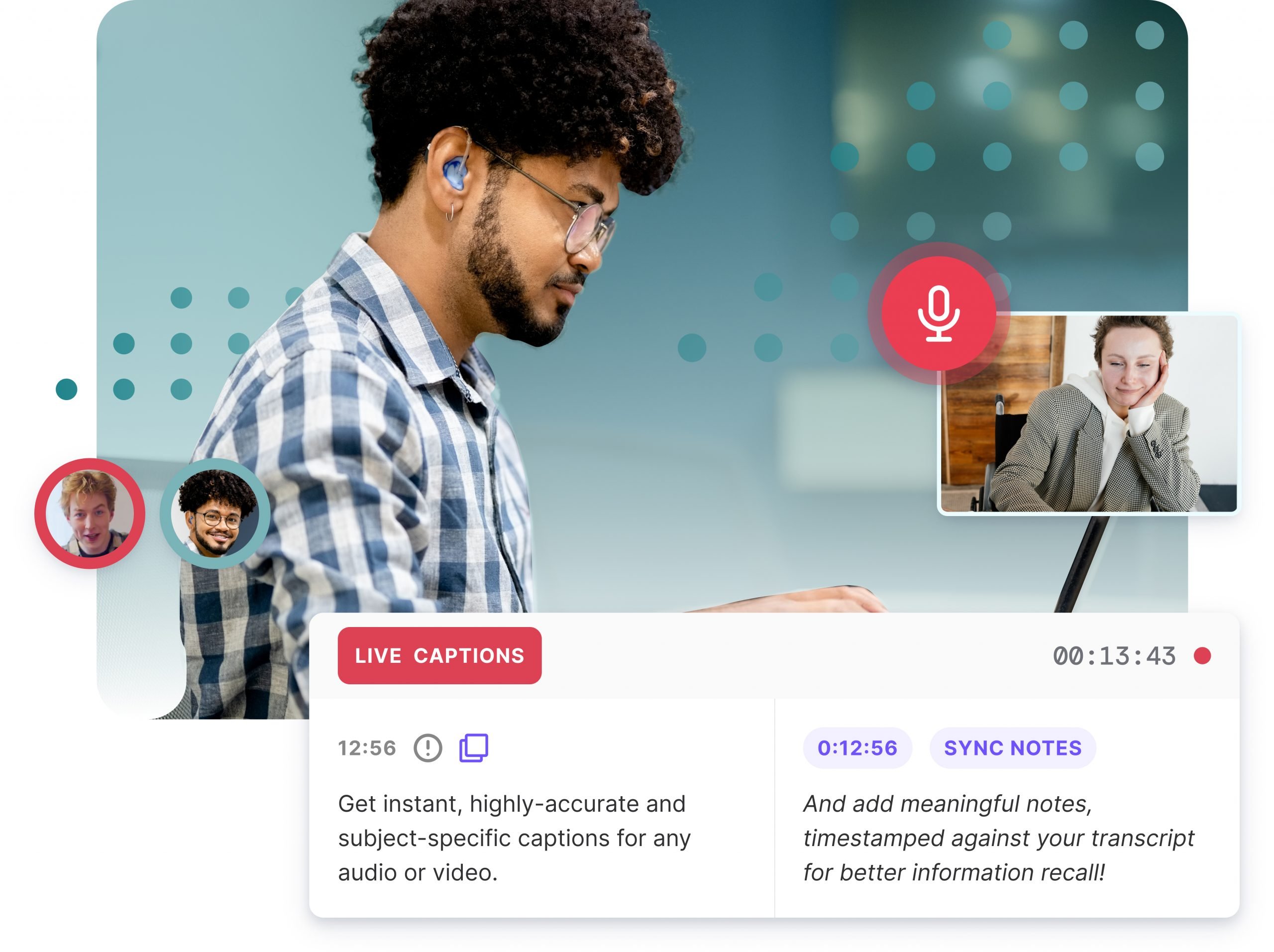 Caption.Ed is designed with accessibility at its heart. In fact, it was developed by people who have accessibility needs which is why Caption.Ed has accessibility requirements baked into its very design. It has an unobtrusive user interface (UI) which takes up only a small amount of your screen, and also has the ability for the user to change the text size or the appearance of their captions to help with readability.

It’s designed to work seamlessly across in-person and online teaching, making it the perfect solution for the future of hybrid learning.

Caption.Ed is also fantastic at captioning topics which use complex terminology such as health and life science classes, social sciences, or law. It also works across different languages including: French, Spanish, Italian, German, Swedish, Dutch, Danish and Simplified Chinese.

Richard Purcell, CareScribe Director comments; “I really struggled with my dyslexia at school, medical school and finally at work. Ever since it’s been my mission to level the playing field. I founded CareScribe with the aim of improving accessibility and inclusion for everyone – be that in education or the workplace.”

Captioning is not just for deaf students

Captioning is often seen as a solution for people who are deaf or who have hearing loss but it has much wider applications.  Netflix recently reported that 80% of people watching their platform use subtitles. Most have no hearing loss but find that captions help to focus attention and boost comprehension. This can be an essential aid for people with neurodiverse traits that may affect working memory, concentration, writing speed and even those learning English as an additional language. For example, Caption.Ed is benefiting people with:

Purcell adds, “Thousands of people are already using Caption.Ed to allow them to remove barriers and participate more fully in their studies or in the workplace. As with all great assistive technology, Caption.Ed can be useful for just about anyone. Caption.Ed should be a game-changer for work, study and home life and I’m so excited to introduce our new version to users.”

Dr Richard Purcell is both a director at CareScribe and an NHS Doctor.  In 2013 he worked with a fellow medical student to create Medincle, a piece of software to help students cope with some of the complexities of medical jargon which has since been adopted across the UK healthcare and education space.

Richard has been developing assistive software ever since but in 2020 he put the company on hold to go back and work full time as an NHS doctor during the start of the pandemic, followed by a brief stint at St. Peter’s Hospice in Bristol. At the end of 2020 he returned to full time software development and his company CareScribe has grown from three to 30 members over the last year.

Caption.Ed is already being used across many colleges and UK universities, including the University of Cambridge, St Andrews University, Edgehill University and many more. It’s also recommended by assessors within the Disabled Student Allowance and Access To Work. 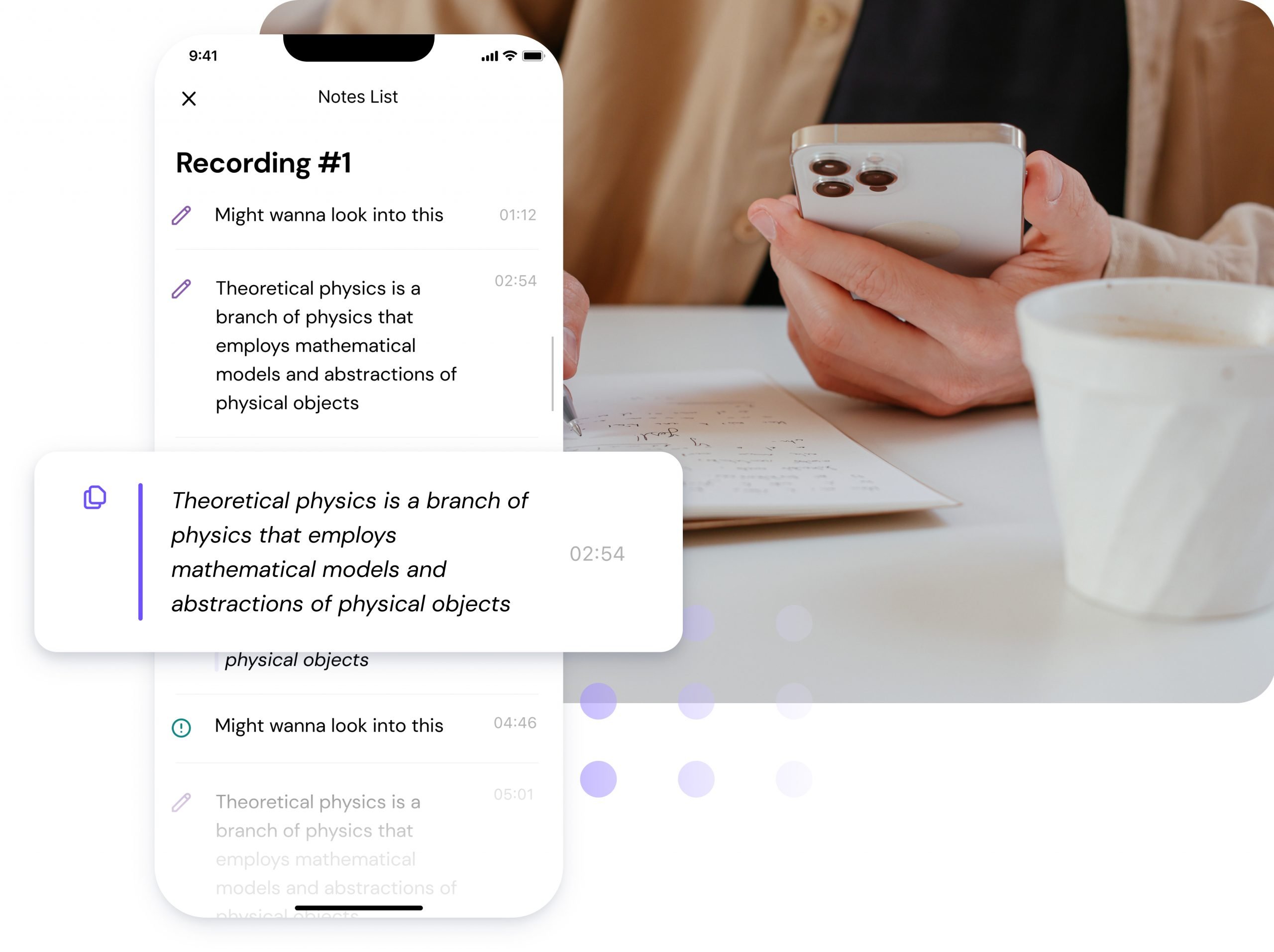 How can Caption.Ed support staff in education?

In both schools and universities, Caption.Ed ensures that teaching is accessible to everyone, regardless of ability. This helps create independent learners and also allows institutions to save money on costly human note-takers.

Universities typically have to caption large amounts of media across different platforms. Caption.Ed allows content producers (such as lecturers) to generate highly accurate and subject specific captions for any of their media instantly. Transcription tasks can also be delegated across the team, which helps to reduce workloads for individuals and editing of transcripts can be done within Caption.Ed’s editing suite.

For administrators at schools and universities, Caption.Ed can help these users:

With this in mind, Caption.Ed will be especially useful for pastoral staff and those who deal with SEND and Pupil Premium learners.